Nas - Live From the Kennedy Center 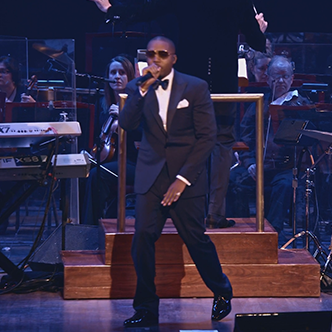 Nas - Live at the Kennedy Centre

When Nas was just 19 years old, he composed what would become one of hip-hop’s defining masterpieces, Illmatic. To mark its 20th anniversary, Nas delivers a standout performance alongside the National Symphony Orchestra at Washington DC’s Kennedy Center. With conductor Steven Reineke taking the orchestra through arrangements of beats by DJ Premier and Large Professor, Nas delivers impassioned renditions of tracks like “N.Y. State of Mind”, “The World Is Yours”, and “Memory Lane (Sittin’ in Da Park)”. Between songs, the program cuts away to both archival and new interview footage to document Nas’ rise from Queensbridge upstart to influential rap icon.